The Way of James

June 6-15, 2023
Join this pilgrimage experience in Spain hosted by Agape Europe.
Cost: $1,400 per person shared/$1,700 per person single
(not including airfare and lunches)
Interested? Let us know 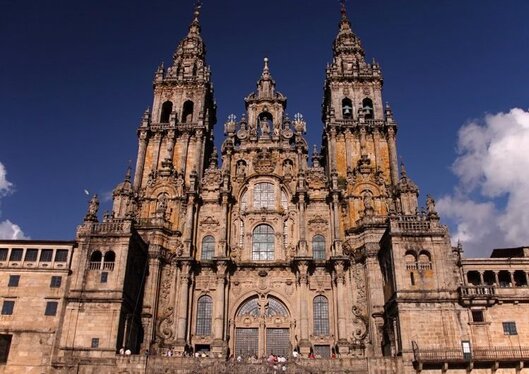 Thousands of people walk the Camino de Santiago every year. Coming from all walks of life, this pilgrimage is one that captivates all who make the journey.

Originally, however, the Camino was responsible for one of the largest movements of people across Europe. Pilgrims would make the long journey to the magnificent cathedral in Galicia’s Santiago de Compostela, in search of a way to reduce their time in purgatory.

According to the pilgrimage’s official history, the body of Saint James the Apostle is buried in Santiago’s cathedral. James, son of Zebedee and brother of John the Evangelist, was discovered in a field in Galicia by a shepherd named Pelayo in the 9th century, during the reign of King Alfonso II.

​Informed about this important discovery, King Alfonso II had a small chapel built in this holy place. He would later commission a larger temple in order to attract pilgrims from all over the world. This would, in effect, compete with other important religious centres of pilgrimage, such as Jerusalem and Rome.